May 24, 2014 – 2-5 pm, Art Gallery of Windsor: an interactive performanceWorking from a meditative trance, Torinus will be ‘reading’ how participants negotiate the space between home and faraway, between being in the body and outside, between what they are aspiring and where they are in the present. Post by Art Gallery of Windsor. 10000 Monarchs […] 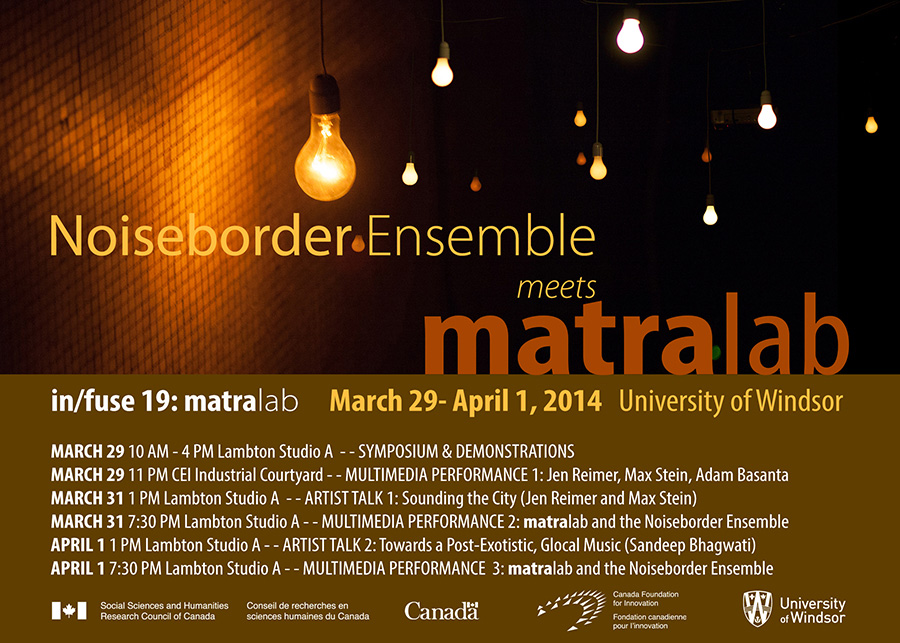 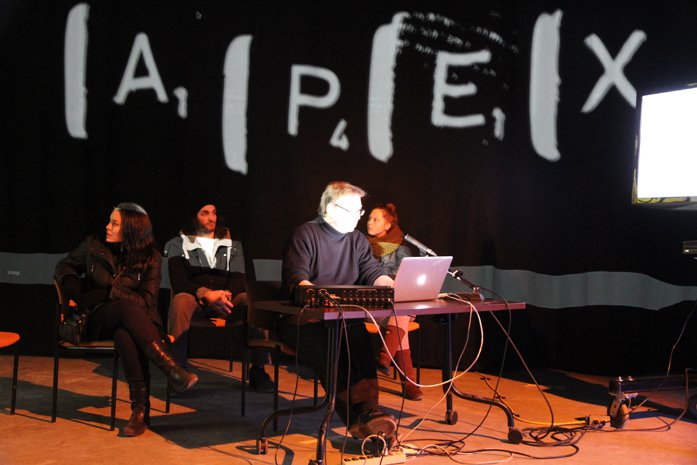 the Noiseborder Ensemble presents cycle~, an experiment in live audio-visual coding and improvisation. We will develop computer algorithms in real time using Max and Quartz Composer software as the algorithms are used to process live audio and video feeds. https:/vimeo.com/88676963 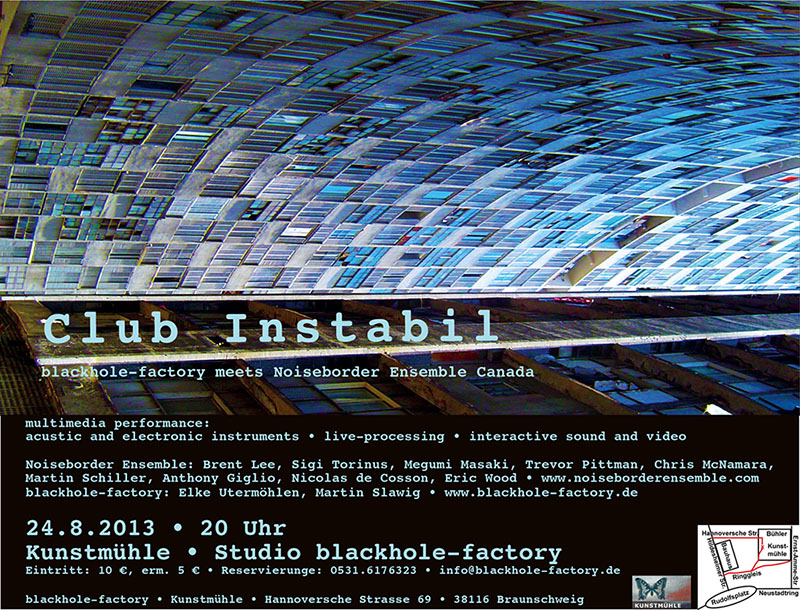 Ferrovia in Ireland at Sonorities Festival 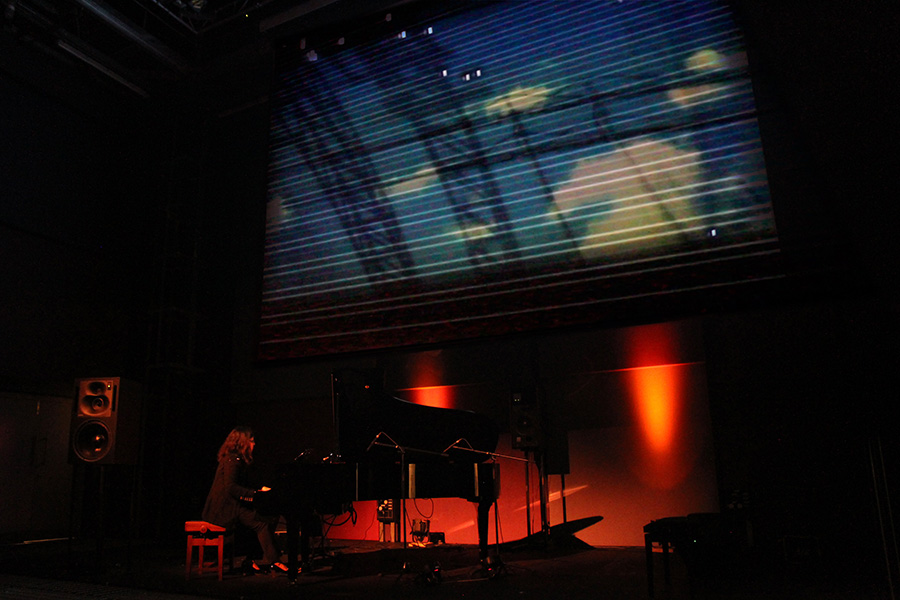 Megumi Masaki, Brent Lee and Sigi Torinus present Ferrovia (for piano and interactive audio and video) at the CIT Cork School of Music and at the Sonorities Festival in Belfast (April 22-28, 2013). 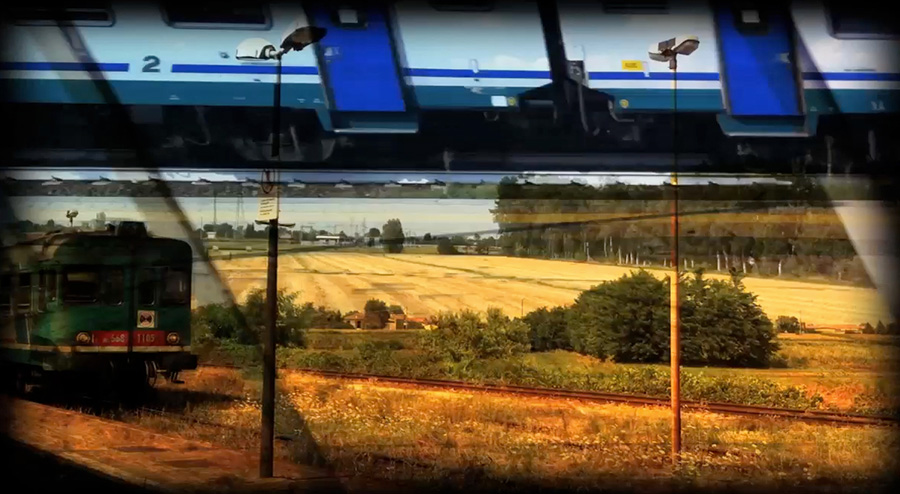 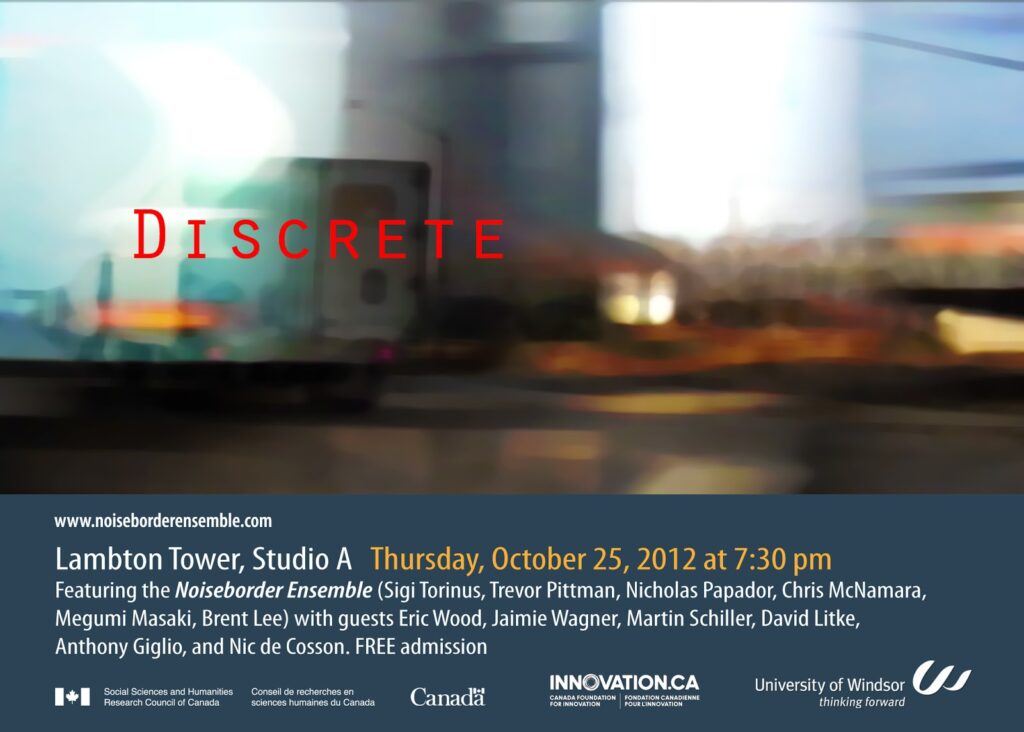 Ferrovia at the Royal Academy of Music in London

February 6-8, 2013: Megumi Masaki presents Ferrovia (Lee/Torinus) at the Royal Academy of Music and the Royal College of Music in London, England